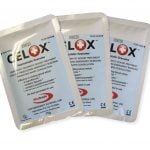 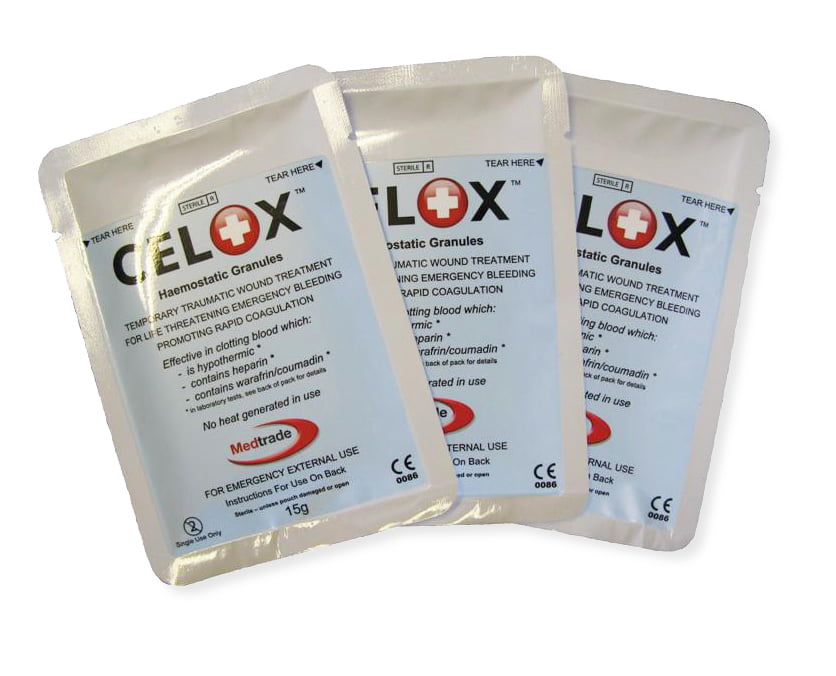 Celox quickly forms a plug – in real experience  this stops most bleeding within one minute. For major arterial haemorrhage, maintain pressure for 3-5 minutes to ensure haemorrhage is controlled.
Celox granules are quick to apply, just pour the granules into the injury, before applying the pressure and stopping the bleeding.

The Celox granules mould to the shape of the wound to get firm pressure on to the source of the bleeding even in complex shaped injuries.

Safety: Celox has been extensively safety tested, produces no heat and is non-allergenic.  The product contains no minerals and residual chitosan material breaks down in the body, making Celox the safe, proven choice.

When mixed with blood, Celox™ forms a robust gel like clot in 30 seconds. It  works independently of the bodies normal clotting processes. Celox’s™ clotting  ability has been proven to work in the cold (hypothermia) or in the presence of  common anti-coagulants such as warfarin. It generates no heat and will not burn  the casualty or care giver.

Celox’s™ safety has been tested to the intense class 3 CE mark standards.  Celox™ is made with chitosan. Chitosan is broken down by lysozyme, a human  enzyme, to leave glucosamine, a sugar which is normally found in the  body.

Celox™ does NOT use non degrading procoagulant minerals or nano particles  such as smectitie or kaolin, which will remain in the body indefinately unless  completely removed.

Celox™ is suitable for

Celox™ has been shown to: 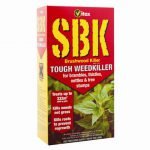 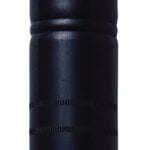 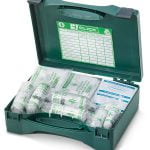 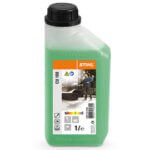 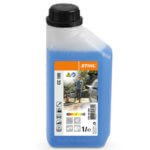 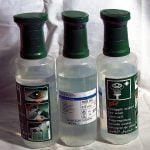 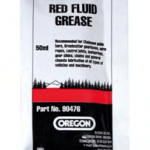 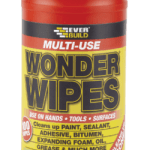 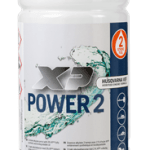